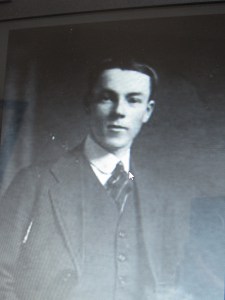 John Owen Jones born in Mostyn, Flintshire, Wales on 18 May 1897, the third son of Samuel and Jane Jones of 5 Glanymnla, Llanerchymon, Holywell, Flintshire, Wales. (John’s eldest brother of the same name had sadly died at the age of 8 and he was named after him)

The 1911 Census shows John as a farm labourer at the age of 14. We know, however, that he was working as a station porter for the London and North Western Railway at Malpas, Cheshire prior to enlisting.

John died from meningitis in Barrow-in-Furness. He did not see active service overseas and this is confirmed by his receiving no medals.

More information can be found at https://www.flintshirewarmemorials.com/memorials/mostyn-memorial/mostyn-soldiers-ww1/jones-j-owen/ 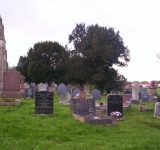 Medals and Awards
John’s regiment did not see active service overseas and this is confirmed by him receiving no medals.

If you can provide any further information on John Owen Jones please get in touch by leaving a comment below, using our Contact Form or by calling in to Whitchurch Heritage Centre.