With the outbreak of the First World War, Lloyds Bank employed women as clerks for the first time. They replaced men who had joined the armed services. Nationally six women were taken on at the start of the War. By the end there were more than 2,000 on the payroll.

It would appear that the Whitchurch branch of Lloyds employed its first female clerks in 1916. Proof of this has been found in the form of graffiti on the door of  the Caldecott clock in the town library. 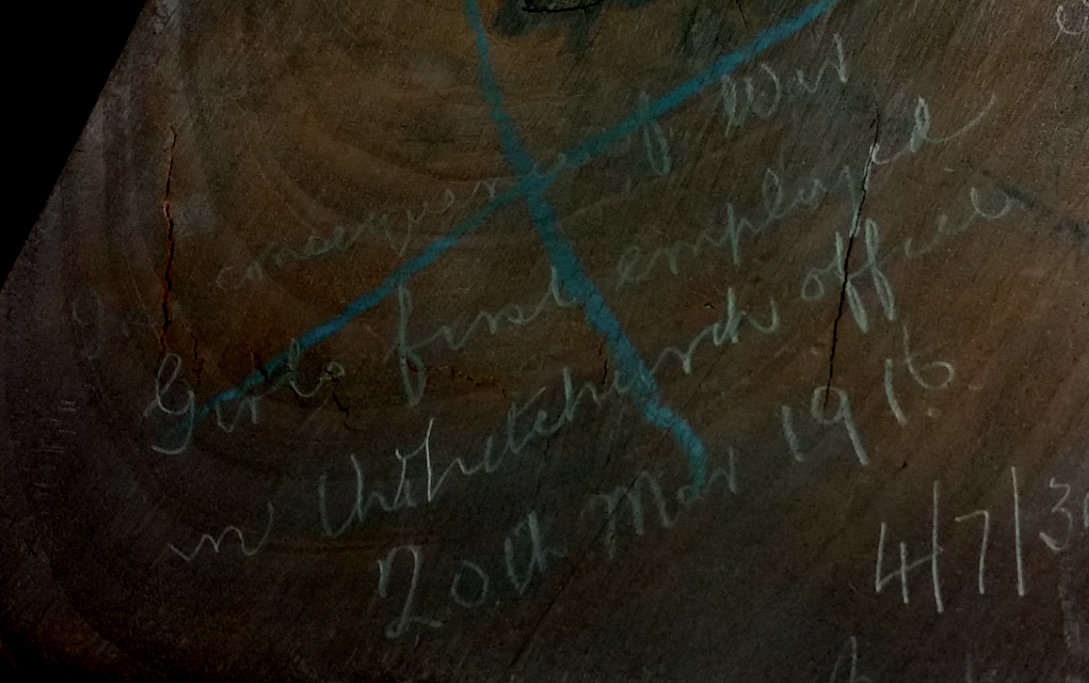 (This clock contained sketches by Randolph Caldecott from when he worked for the Whitchurch and Ellesmere Banking Company, which was taken over by Lloyds in 1881)