Family:  He was one of seven sons and one daughter born to Charles Leonard Blencowe, a baker, and his wife Margaret Winifred (nee O`Hara). He married Jessie E Hamlett  in Quarter 3 1922 in Whitchurch, Shropshire. They appear to have had only one child, Francis J, born in 1923.

Employment:  Francis was a telegraph messenger in 1911. By 1939 he was employed as a general labourer.  He was also an A.R.P. warden at this time. 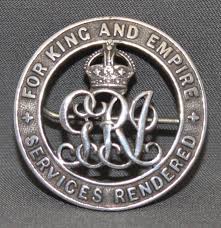