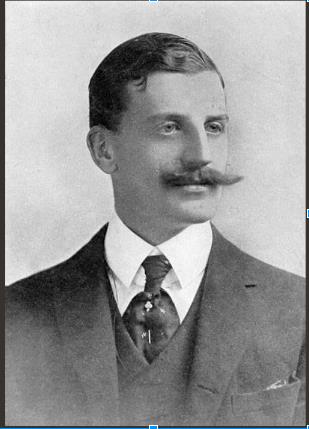 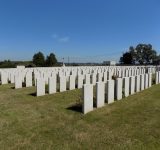 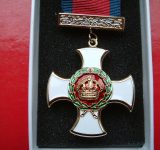 The Distinguished Service Order (DSO) is a military decoration of the United Kingdom, and formerly of other parts of the Commonwealth of Nations, awarded for meritorious or distinguished service by officers of the armed forces during wartime, typically in actual combat.

Instituted on 6 September 1886 by Queen Victoria in a Royal Warrant published in The London Gazette on 9 November, the first DSOs awarded were dated 25 November 1886. It is typically awarded to officers ranked major (or its equivalent) or higher, but the honour has sometimes been awarded to especially valorous junior officers. During the First World War, 8,981 DSOs were awarded, each award being announced in The London Gazette.

The order was established for rewarding individual instances of meritorious or distinguished service in war. It was a military order, until recently for officers only, and normally given for service under fire or under conditions equivalent to service in actual combat with the enemy, although it was awarded between 1914 and 1916 under circumstances which could not be regarded as under fire (often to staff officers, which caused resentment among front-line officers). After 1 January 1917, commanders in the field were instructed to recommend this award only for those serving under fire. Prior to 1943, the order could be given only to someone mentioned in despatches. The order is generally given to officers in command, above the rank of captain. A number of more junior officers were awarded the DSO, and this was often regarded as an acknowledgement that the officer had only just missed out on the award of the Victoria Cross. In 1942, the award of the DSO was extended to officers of the Merchant Navy who had performed acts of gallantry while under enemy attack. 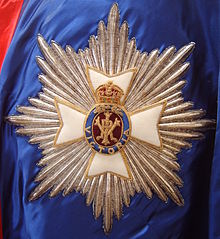 The Royal Victorian Order is a dynastic order of knighthood established in 1896 by Queen Victoria. It recognises distinguished personal service to the monarch of the Commonwealth realms, members of the monarch's family, or to any viceroy or senior representative of the monarch. The present monarch, Queen Elizabeth II, is the Sovereign of the order, its motto is Victoria, and its official day is 20 June. The order's chapel is the Savoy Chapel in London.

There are no limits on the number honoured, and admission remains at the sole discretion of the monarch, with each of the order's five grades and one medal with three levels representing different levels of service. While all those honoured may use the prescribed styles of the order—the top two grades grant titles of knighthood, and all grades accord distinct post-nominal letters—the Royal Victorian Order's precedence amongst other honours differs from realm to realm and admission to some grades may be barred to citizens of those realms by government policy. 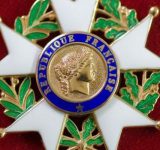 The Legion of Honour, full name, National Order of the Legion of Honour (French: Ordre national de la Légion d'honneur), is the highest French order of merit for military and civil merits, established in 1802 by Napoléon Bonaparte.

The order's motto is "Honneur et Patrie" ("Honour and Fatherland") and its seat is the Palais de la Légion d'Honneur next to the Musée d'Orsay, on the left bank of the River Seine in Paris.

Viscount Crichton is now assumed to have been killed in action on 31 October 1914. However, his death was not formally reported at the time and his mother-in-law, Katherine Viscountess of Westminster went to great lengths to trace his and her son's (Lord Hugh Grosvenor) whereabouts. Probate to his will was finally granted in 1916. The following newspaper articles highlight this period:

"Katherine Duchess of Westminster is untiring in her inquiries about her son, Lord Hugh Grosvenor and her son-in-law, the Earl of Erne, both of whom have been missing for some months after having taken part in engagements in France. Last week she visited a corporal-of-horse in Captain Lord Hugh's squadron of the 1st Life Guards. This man claims to have seen Lord Hugh wounded when his squadron was forced to retire on October 31st, when the Germans were making their desperate rush for Calais. This goes a little farther beyond what was already known and furnishes more hopeful probabilities."

Lady Hugh Grosvenor whose husband's death is now officially concluded to have taken place in October 1914, when he was listed as 'missing' along with her brother, Lord Crichton, had long ago abandoned all hope of his being alive. In October 1917, as nothing had been heard of him, Lady Hugh after three years of anxiety, was reluctantly compelled to believe he was no more. She then resigned his prospective candidature for Macclesfield. He was the Duke of Westminster's step-uncle."

For over a year it was supposed that he might be a prisoner in Germany, and his father dying 2 Dec. 1914, he appeared in the Peerages for 1915-16 as 5th Earl Erne. According to a list received by the Foreign Office from the German Government through the United States Embassy, Lord Crichton fell in Oct. 1914 and was buried in the cemetery of Wervice Nord (Grave No. 1596). His death, therefore, has been accepted as having ocurred on or about 31 Oct. 1914. From a statement issued by the family in Feb. 1917, it appears that Lord Crichton disappeared at 2 a.m. at Wytschaete. Captain Bowlby, a brother officer of the Horse Guards, since killed, stated that during the fighting round Ypres he and Lord Crichton went out to bring in some men whom Lord Crichton believed belonged to his own regiment. Captain Bowlby thought that they were Germans, and Lord Crichton courageously went out. He was seen riding up to them; they closed around him, and he did not return. Corpl. Coppinger, Royal Horse Guards, who was in hospital in Boulogne after the incident, stated that he was within 50 yards of Lord Crichton when they had retired from the trenches. Lord Crichton went off on a horse to get communcation with other troops and ran straight into the Germans. It was dark at the time, but Coppinger could hear German voices. Another soldier of Coppinger’s party said that he heard a German say in good English: “Most delighted!” Coppinger added that there was no sound of a shot or a struggle, and he had no doubt that Lord Crichton fell unharmed into German hands.

If you can provide any further information on Viscount Henry William Crichton please get in touch by leaving a comment below, using our Contact Form or by calling in to Whitchurch Heritage Centre.